Today is the day!

The Lost City Music Festival 2013 starts tonight, 8/8 at 8:00 PM at the High Noon Saloon.  This first show, one of many (see the schedule here), is extra special: this show marks the release of FOUR brand new entries in the Mine All Mine catalog.  Read on below for more information about each release.  You can grab all four of these releases tonight at the High Noon.

The newest EP from Wisconsin slow-rockers bell monks, A Better Light, features the band opposite Madison’s multi-talented Shawn Kenneth Pierce (Dharmonic Deluxe, Pioneer).  This 5-track EP stands in contrast to last year’s double-disc opus, Let the Waves Carry Us.  The CD version of A Better Light will cost just $3, and all proceeds from sales of the album (digital or CD) will be donated to the Fort Atkinson Arts Council. [Stream Here]

Softly, Dear has a very ‘Wisconsin’ sound.  Portico is the debut effort from this Eau Claire-based band, who formed late summer 2012.  After brewing for a while, it’s ready to breathe.  Softly, Dear is made up of Tyler Hart, Josh Frederick, Alex Adkinson, Ben Possi and Addie Strei.  Mine All Mine is proud to release this limited-run cassette version of the previously-self-released EP, including a bonus Phobos remix of one of our personal favorites, Melange.  Grab the cassette tonight. [Stream Here] 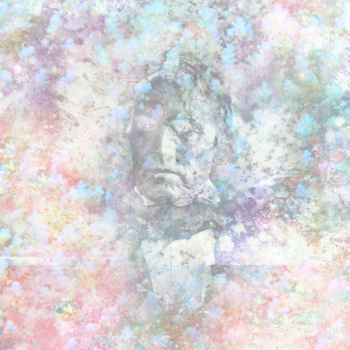 Nude Human is the ambient duo of prolific experimenters John Praw and Pat Reinholz.  Founded in 2012, the band has focused on creating live soundscapes, most frequently choosing to perform in 4.0 surround sound.  Blind? is made up of a live recording on August 1st, 2012 for the first Lost City Music Festival.  This limited edition CD is released exclusively at the Lost City Music Festival 2013, as Nude Human prepares to record their debut full-length album. [Stream Here]

After the successful Kickstarter-funded release of Registers Her Delight, Madison’s heavy hitting jazz rock ensemble Lovely Socialite Mrs. Thomas W. Phipps scattered to the wind.  Now living in multiple cities, the band has found the means to return to record their new, as-of-yet-untitled full-length album.  Mixing modern jazz with unique instrumentation (vibraphone, cello, bass, drums, trombone and Chinese instruments), Star-Spangled is the first single off the band’s new album.  Recorded just a month ago, the single includes Lovely Socialite’s take on the Star-Spangled Banner, as well as an extended improvisation.  Star-Spangled is being released as a limited edition 10-inch art print and digital download. [Stream Here]